Skip to content
Home » The Biggest Golf Competitions to Bet On

Golf is one of the most popular choices for online sports betting and this comes as no surprise given that there are golf tournaments throughout the year. However, the massive array of competitions can make it hard to decide which are the best ones to bet on.

Golf is only going to grow in betting popularity with improvements in strokes gained data and other advancements. However, it’s essential that you know which are the best choices to get the most out of golf betting.

In this blog, we’re going to take a look at the biggest golf competitions to bet on throughout the year.

Even people with the most limited golfing knowledge will know about the big four. These are the four most important golf competitions of the season, the ones that every professional golfer dreams of winning. Of course, we’re talking about the Major Championships.

Jack Nicklaus holds the coveted title of most major wins, with 18 to his name. He is followed closely by Tiger Woods on 15 and then Walter Hagen on 11. These are undoubtedly the competitions that carry the most clout in the golfing world and all of them offer exciting golf betting odds.

The four biggest tournaments are:

The first Masters tournament was held on March 22, 1934. It is always held at the Augusta National Golf Club in Augusta, Georgia and it is probably the most prestigious golfing event in the world. It has its own set of rules, many of which have been around since the tournament’s inception.

Every April, the world’s best players descend on these hallowed grounds in an attempt to win the coveted Green Jacket. Jack Nicklaus holds the Masters record, with an amazing six titles, and the most recent tournament winner was Japanese professional golfer Hideki Matsuyama. The Masters is a tournament that seems to bring out the best in the competitors, such as in 2013, when Jordan Speith got his first majors title at Augusta.

The U.S. Open is always played on the weekend of Father’s Day in the USA and the competition was first played on October 4, 1895. The tournament rotates through a number of courses and so it’s always a new challenge for players.

One of the greatest aspects of this tournament is that the USGA (United States Golf Association) aims to have most of the scores hover around par. This means that players who could regularly score 20 under, often struggle in this competition. Willie Anderson, Bobby Jones, Ben Hogan, and Jack Nicklaus are tied at the top with four of these titles each. The most recent winner of the U.S. Open is Spanish golfer Jon Rahm.

Also, anyone with a handicap can attempt to qualify for this tournament and it gives those who aren’t professional golfers the opportunity to play.

Formerly known as the British Open, the first competition took place on October 17, 1860. Like the U.S. Open, this tournament rotates through a set list of courses throughout the United Kingdom, with a new course being added every now and then. Harry Vardon holds a record six Open Championship titles and the most recent winner is Collin Morikawa.

The most entertaining aspect of this competition is seeing what the weather has in store for the players. Traditionally, it’s played in July, which should be summer. More often than not, however, players practice in perfect weather and then play in gale-force winds and torrential downpours. In fact, flags have been bent on account of weather more than once in this competition. The courses are tough going too and they require more creativity than some of the competitions that you see in the USA.

The first PGA Championship was held in October 1916 at Siwanoy Country Club in Bronxville, New York. The tournament was formerly a mid-August occasion and the final major of the men’s golfing season, but beginning in 2019, it was moved to May and is now played as the season’s second major, the weekend before memorial day.

This is undoubtedly the tamest of all the majors and is not as challenging as the other three. Yet, it still holds a huge pedigree in the golfing world. Walter Hagen and Jack Nicklaus are tie record holders for the PGA Championships with five titles each. The most recent winner is Phil Mickelson, who at 51-years-old, became the oldest golfer to win it.

The other big tournaments

While the majors make up the most prestigious competitions in the golfing calendar, there are a few other important tournaments to take note of. These are the biggest tournaments outside of the majors mentioned above.

The Players Championship is one of the most coveted golfing titles in the world. Played every year at TPC Sawgrass in March, it holds one of the most daunting final three holes of any course on the Tour. Hole 16 is a brutal par five with water on the right; hole 17 holds the infamous island green, and hole 18 has water down the entirety of its left side. This is a super-challenging course that is only won by the best of the best. Jack Nicklaus holds the record of three wins here and the most recent winner is Justin Thomas.

This tournament is always played the weekend after Memorial Day and it’s a chance for every player to pay tribute to Jack Nicklaus. It also goes a long way in helping Nicklaus Children’s Healthcare Foundation, Nationwide Children’s Hospital, and numerous other local charity organizations. The course was founded and hosted by Nicklaus and he continually updates it in order to test the world’s best golfers. The quirks on the course stop the big hitters from simply bombing and gouging their way through the game. Tiger Woods is the current record holder here with three wins at Muirfield Village Golf Club in Dublin, Ohio and Patrick Cantlay is the 2021 winner.

The Tour Championship has been held at the East Lake Golf Club every even-numbered year since 1998, and exclusively at this course since 2004. The tournament is known for its quirky changes, the most recent being a change in the last hole from a tricky par three to a manageable par five. Phil Mickelson and Tiger Woods hold the record of two wins each and Patrick Cantlay won the tournament in 2021. It’s the final fixture before the FedEx Cup Playoffs and the winner walks away with $15 million!

The Ryder Cup is pretty much every spectator’s favorite competition. Pitting the best players from the USA against the best players in Europe makes this a one-of-a-kind event in the golfing world. These team events bring passion and pride to the course in a way that no other does, where players put country before ego. It’s a biannual tournament played at a course in the USA or Europe every second year. Of course, Europe has the most wins in this tournament, but they were lambasted this year by a young American team and it’s hoped that this could be a new dawn for the USA in this competition.

Bet on golf with Borgata

Borgata is one of the best online sports betting sites for golf; we have a massive array of golf betting odds and other sports betting odds for you to choose from. Whether you want to bet on a tournament every weekend or you are holding out for the big ones mentioned above, we’ve got you covered.

Get into full swing with betting and register with Borgata! 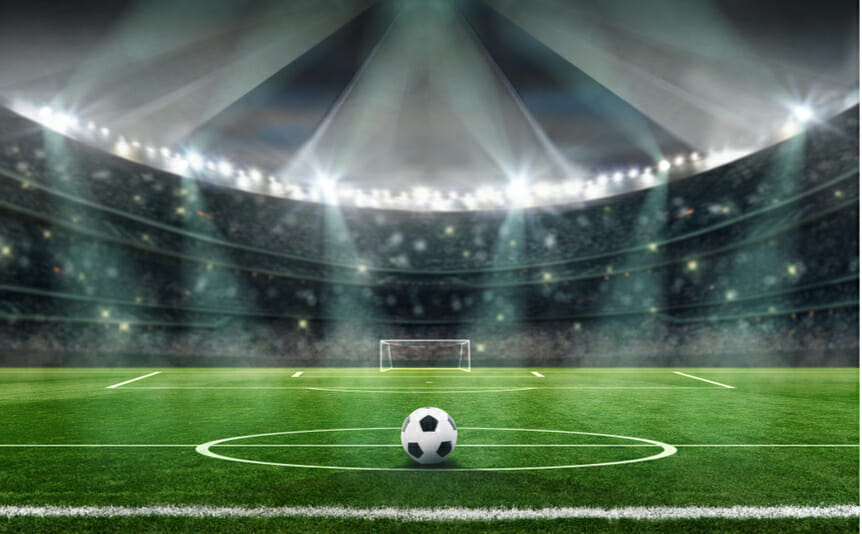 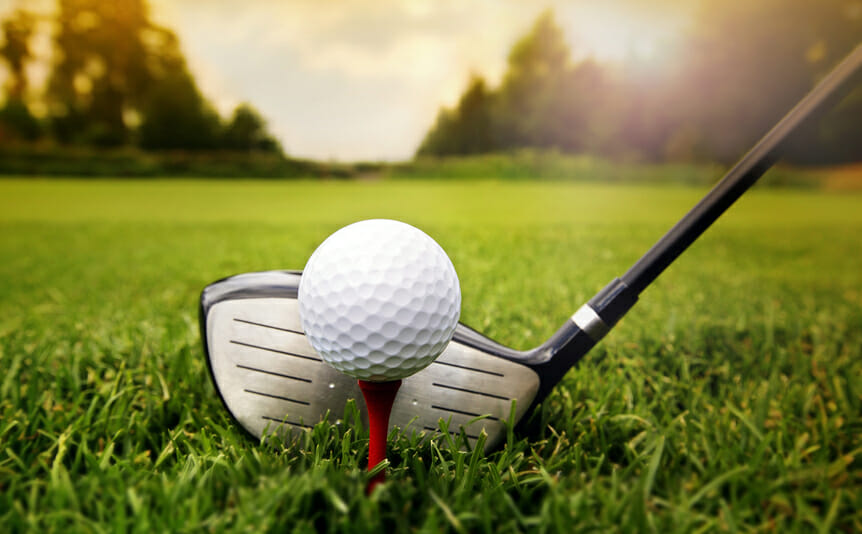 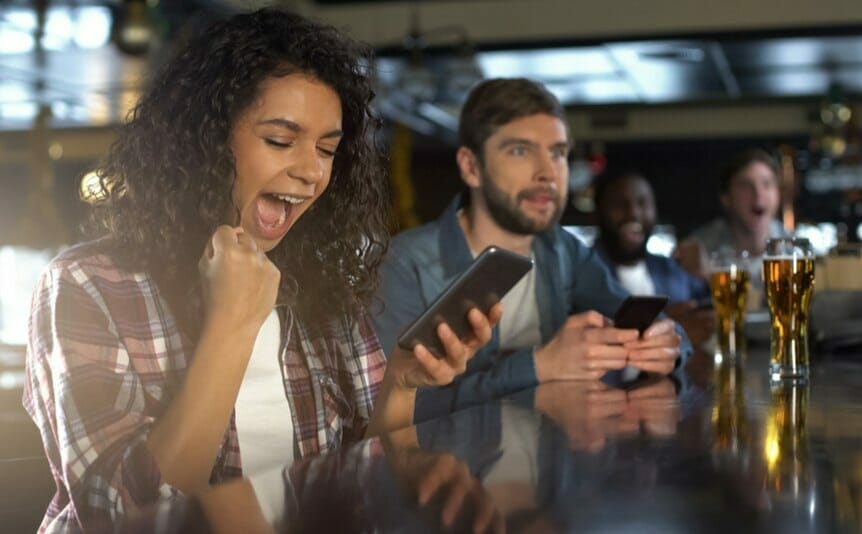