Super Bowl Sunday promises to be a clash of epic proportions on February 13 this year as the Los Angeles Rams take on the Cincinnati Bengals. Will the Rams take home the Vince Lombardi trophy for the second time, or is this the year for the Bengals to win their first Super Bowl title? Who will be the most valued player? Which players will score touchdowns? These are the kinds of questions that online sports betting is made of. Many fans find that thinking about the outcomes of Super Bowl bets brings the game into sharper focus, increasing their enjoyment on the day. If you’re interested in putting money on your predictions for Super Bowl LVI, here are some tips on how to go about it.

Who will win the Super Bowl?

To get the most out of American football betting, it’s necessary to approach the game from different angles. The big-picture question, of course, is which team will win the Big Game. Currently, the Super Bowl betting odds favor the Rams to win, thanks to their performance throughout the season. That doesn’t mean you can expect to collect automatically from a Rams win bet on the day. Upsets occur in football all the time, which is what makes the sport so exciting. Consider that the Bengals only won two NFL games in 2019 and four last season. Pre-season, the NFL odds of Cincinnati even reaching the Super Bowl were 125-1, yet they’re going to be there (in black) against the Super Bowl favorites for 2022 (in white) on Super Bowl Sunday. In other words, the Bengals have turned around from zeros to (maybe) heroes remarkably quickly. If they ride the wave, they could bring back the trophy.

What will the first scoring play at the Super Bowl be?

In addition to betting on which team will win the Super Bowl, there are various interesting in-game predictions you can make. For example, in addition to betting that the Bengals will win, you can also get Super Bowl odds for their method of victory (in regulation time or overtime.) Other questions that translate into bets are: Which team will make the first scoring play and what will it be – field goal, safety, rushing or receiving touchdown? What will the halftime and final score be? How many points will each team record? What will be the size of the victorious team’s winning margin? Thinking about these aspects can generate a heightened sense of suspense and anticipation that adds to the thrill of watching the game.

Which players will score the most Super Bowl touchdowns?

The big picture may be which team will ultimately win, but it’s the details that make the game so exciting. Zooming in on which individual players will perform the best is another great way to approach American football betting. Which players do you think will score touchdowns on the day? A good Super Bowl bet, according to the odds, is for Rams receiver Cooper Kupp to touch down on the day. Bengals running back Joe Mixon is also favored to score. But who will do it first? And last? And what about the other players? You can get odds for every player on both teams, all the way down the list to Bengals running back Trayveon Williams, whose odds of making a touchdown are currently the lowest. Ultimately, the choice is yours, based on your knowledge of the players, the odds offered and (possibly) your gut feel.

Who will be Super Bowl LVI’s MVP?

Another way to leverage your knowledge of the individuals who’ll be playing at the Super Bowl is to predict which one of them will be the MVP (most valued player.) Will the honor go to a quarterback or any other position? Currently, the odds are good that either Rams quarterback Matthew Stafford or Bengals quarterback Joe Burrow will take the title. The Rams acquired Stafford from the Detroit Lions in the off-season specifically to help take them to the Super Bowl, and so far he’s delivered consistently. But Burrows has had a dynamite season, with signature performances that have raised him to superstar status. The biggest one was a road win against Patrick Mahomes and the Kansas City Chiefs in the AFC championship game. So while the odds are good that the MVP will be a quarterback, it isn’t easy deciding which one. Of course, every player has a chance of being selected. For instance, only a fool would write off Rams play-maker Kupp (who we’ve already tipped may be one of the first to score a touchdown on Super Bowl Sunday.) This season, he became only the fourth player in NFL history to lead the league in receptions (145,) receiving yards (1,947) and receiving touchdowns (16.)

When it comes to sports betting in the USA, variety’s the best way. Not only are there multiple Super Bowl bets that you can make, but there’s more than one way to place them. If you’re interested in placing multiple wagers, you can consolidate them in a parlay bet. Let’s say you’re betting on the Rams to win, Kupp to score first and Stafford for MVP. A parlay bet would simply combine those bets. The advantage is that winning parlays pay out more than the sum total of their individual bets. However, if any of the bets in a parlay don’t come off, then the parlay fails as a whole. You can get preset parlay bets or build your own. For sure, variety’s the best way if you’re considering sports betting in the USA!

Get ready for Super Bowl LVI at Borgata Online

To combine the thrill of Super Bowl Sunday with the finest online sports betting in the USA, register with us at Borgata Online. Get the best Super Bowl odds, spreads and parlay opportunities, including the chance to build your own. And when the Big Game is over (may the best team win!) you can turn your attention to a broad range of other sports, including all the major leagues. In between sports events, you’re welcome to play prime slots and table games in our online casino. Whatever it takes to keep you entertained, you’ll find it at Borgata Online. 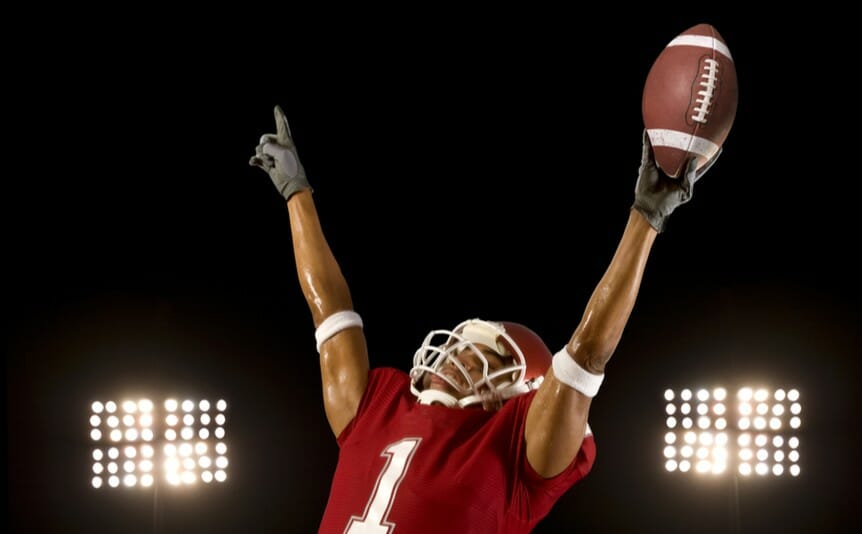