Skip to content
Home » The Biggest Surprises of the Tokyo Olympics

Since the first modern Olympics were hosted in Greece in 1896, the sporting extravaganza has been a celebration of the triumph of the human spirit over physical and mental limitations. And at the Olympics in 2021, each athlete pushed their personal boundaries to challenge the brightest moments of those who had gone before them as they tried their best to smash past records and set new times, heights and distances. So, it’s no surprise that the Tokyo Olympics gave us plenty of surprises that kept online sports betting lines abuzz for 17 days in August. Join us as we relive some of these biggest sporting surprises.

Everybody was expecting a medal from the most decorated US women’s gymnast. With 32 Olympic and World Championship medals already under her belt, a 33rd medal seemed to be a given. But Biles completed just one vault in the team event at the 2021 Olympics, then withdrew from the competition. USA Gymnastics officials cited “a medical issue” as the reason for her early exit, and Biles later said that she’d experienced some disorientation during spins, a condition gymnasts call the “twisties.” She did return for the individual balance beam event final, and recorded a score of 14.000 to take the bronze behind Chinese gold medalist Guan Chenchen (14.633) and silver medalist Tang Xijing (14.233,) also of China.

Despite the upset, the 24-year-old, who has hinted at retirement, leaves behind an Olympic legacy that will be a hard act to follow.

The Olympics in 2021 was set to be a spectacular success for tennis superstar, Naomi Osaka. The 23-year-old entered the event as a four-time Majors champion and world number two, with the opportunity to represent her country on home soil in the Olympics (she was even given the honor of lighting the Olympic cauldron at the Opening Ceremony,) but it wasn’t to be.

In a move that even the best online sportsbooks could never have predicted, Osaka was sent packing in just the third round of play by Czech, Marketa Vondrousova ranked 42 in the world, who beat her 6-1, 6-4.

It was the second time this year that Osaka had upset the tennis betting odds by exiting a major tournament unexpectedly early. In May 2021, she withdrew from the French Open, explaining that she’d been suffering from depression, a condition she’d been struggling with for years.

The host country’s Jun Mizutani and Mima Ito were awarded Japan’s first-ever gold medal for table tennis when they beat superstars Xu Xin and Liu Shiwen, who were thought to be a sure thing for gold this year in the mixed doubles event. China has reigned supreme in the sport, winning all eight women’s singles titles and taking home 28 out of the 32 gold medals that have been awarded since the sport was included for the first time in the 1988 Games in Seoul.

Xu and Liu refused to hang their silver medals around their necks. Instead, they put them into their pockets, telling journalists that their defeat was “unacceptable.”

When learning how to bet on sports, newbies are always told to get to know the ins and outs of a particular sport. It’s a good idea to watch or read up on the past performances of teams and athletes, as well as familiarize yourself with the various formats and factors that can affect play, like weather and pitch conditions. But one of the reasons sports continue to keep us on the edge of our seats is there’s always an X factor that we can never predict or control, such as an unforeseen injury, a freak weather event or – as was the case with Ahmed Hafnaoui – an athlete who pulls a performance out of the bag that no one saw coming.

The 18-year-old from Tunisia started his Olympic campaign as both the youngest swimmer and the slowest qualifier in the men’s 400m freestyle final. But against the odds and from the outside lane, Hafnaoui powered past favorites Jack McLoughlin of Australia and Kieran Smith of the USA in the last 50m of the race to take the gold in triumphant style. This was undoubtedly one of the biggest upsets of the championship.

Never before in history had a person from Alaska made it into the US Olympic swimming team. But once 17-year-old Lydia Jacoby had checked that box, she put paid to any Olympic dreams of gold in the 100m breaststroke for reigning Olympic champion Lilly King and favorite Tatjana Schoenmaker of South Africa by surging past both women with just 25m to go and taking top spot on the podium.

Anna Kiesenhofer’s performance is the stuff Olympic dreams are made of. The 30-year-old Austrian cyclist, who’s a postdoctoral fellow in math at the École Polytechnique Fédérale de Lausanne, Switzerland, took the gold in the Women’s Road Race, right from under Dutch rider Annemiek van Vleuten’s nose. In fact, as was evident from the way van Vleuten pumped her fists in victory as she crossed the finish line, the professional racing cyclist was unaware that Kisenhofer had broken away from the pack and had been riding out front on her own for some time. The Austrian won the gold by 75 seconds and recorded one of the biggest surprises of the Tokyo Olympics.

The men’s 100m sprint has always been a headlining event, and now with retired Usain Bolt out of the picture, there were several strong contenders for medals, including Trayvon Bromell and Andre de Grasse. But outsider Italian Lamont Marcell Jacobs had other ideas, running the distance in 9.80 seconds to win 100m gold, which left the athletics world – and many sports betting fans – reeling. Keen to show his victory wasn’t a flash in the pan, the 26-year-old went on to help Italy take another surprise gold in the 4×100 relay. Bravo!

US track star Grant Holloway was well on his way to medal glory in the men’s 110m hurdles. As reigning world champion and after performing the second-fastest time ever at the Olympic Trials mid-year, running 12.81, just 0.01 seconds off the record, Holloway’s next stop was top of the Olympic podium. But Jamaica’s Hansle Parchment was on a mission of his own, speeding ahead of Holloway to win the race and claim the gold medal. The Jamaican had only ever managed to win a bronze before – at the 2012 Games in London.

This time it was the Canada women’s soccer team’s turn to upset the Olympic dreams of the dominant team from Sweden. The Canadian team had created a strong base of upsets in the knockout rounds – who’ll forget their conversion of a VAR-awarded penalty in the 74th minute to defeat the US for the first time in 20 years? Then in the final, they won a dramatic penalty shootout and it was celebration time for Canada’s legendary captain, Christine Sinclair, and her team who went home with gold in their pockets.

Interested in soccer betting? Borgata Online can offer you fully regulated online sports betting, with the best soccer odds on all your favorite teams.

Borgata Online has all the latest odds and betting lines for all your favorite sports and events, global and local. No matter what your gambling tastes may be, our online sportbook offers its customers one of the best sports betting apps to keep you on top of the online betting action, with all the latest odds at your fingertips, along with sports news, updates, and more. 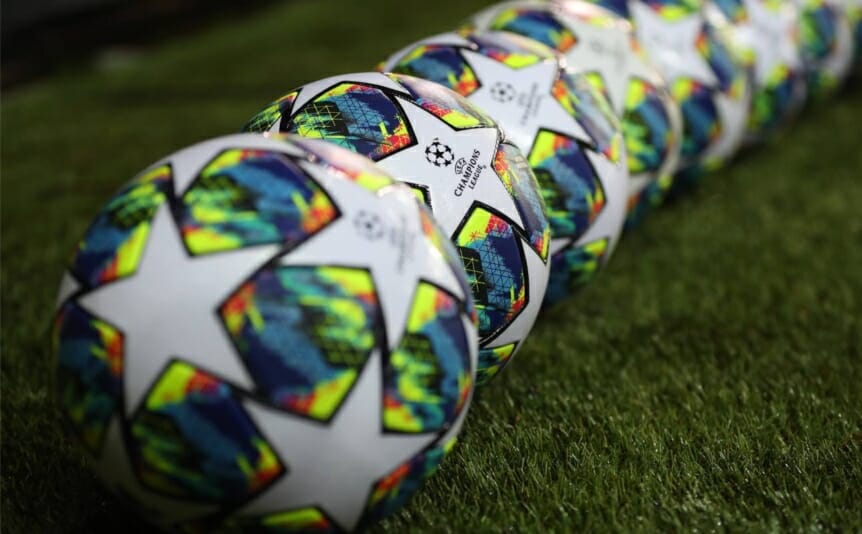 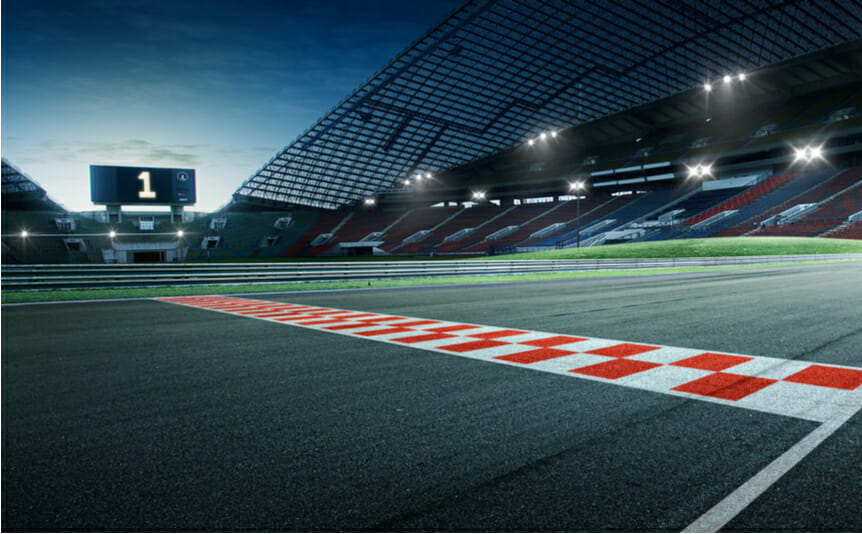 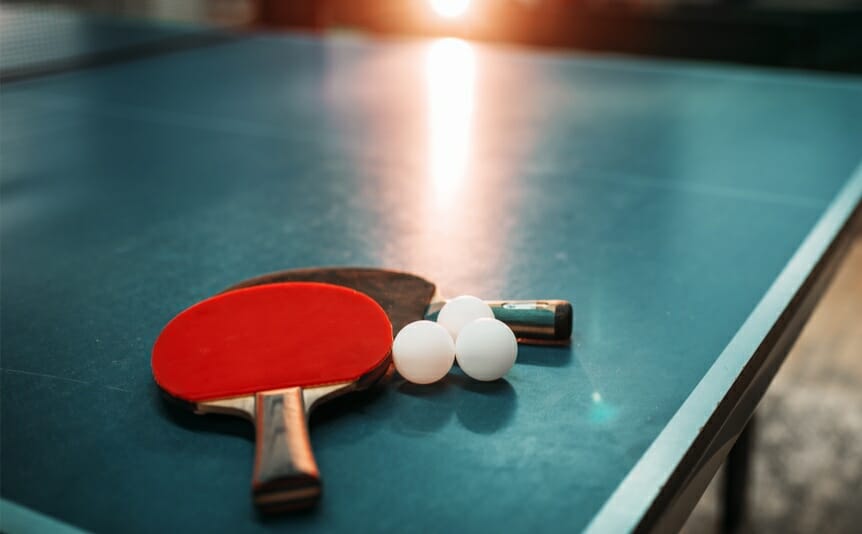